This recipe is delicious enough to be on this blog, not just my blogspot blog. We talked about it the other night – Ger didn’t remember it, but everyone else did.  This just means I’ve got to make it again soon!  I hope you make it, too. It’s a great way to use your protein. I use  TEN Institute Grass Fed Whey Protein – great stuff. Here’s their Key Benefits: 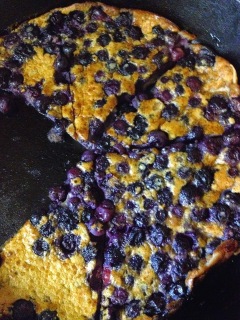 –  I’ve been developing and tweaking this recipe for months and this morning it seems JUST RIGHT. #worththewait  #gersgonnalovethisone
This is a paleo version of a German pancake, also called a Dutch Baby, or a Dutch Puff. Mine doesn’t “puff” as much as the ones I used to make but hey, I’m not using sugar and flour here, right? I’m using organic maple syrup and recovery protein and fresh eggs and that’s BETTER. I think Ger will love this one when me or Cassie make it for him. (She’s such a good cook.)

I put 2 TBSP grass fed butter into my cast iron skillet and set it into the oven for a few minutes as the oven was heating, just to warm the skillet up and melt the butter.  I took the skillet out and tilted it until the butter had covered the bottom of the skillet.

I poured 2 cups frozen organic blueberries into the skillet and spread them out and let this wait while I quickly whisked up the batter. 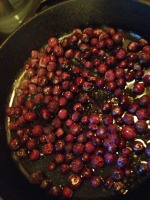 I whisked these ingredients together in a small mixing bowl:

I poured the batter over the blueberries in the skillet and slid it into the oven.

I baked it for 20 minutes and then took it out and let it sit for 5 minutes before cutting it. It was puffed up some and then deflated a little and curled away from the edge of the skillet – this is a good thing!

It was just amazing with bacon and coffee with coconut oil and butter.
Let me know what you think. I want to make an apple one soon with thin slices of apple laid around the skillet……..

What are you looking for? 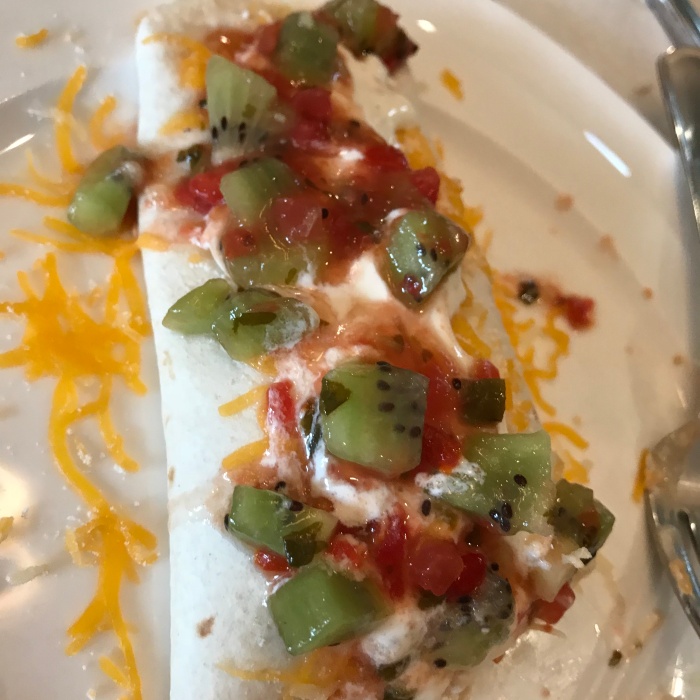